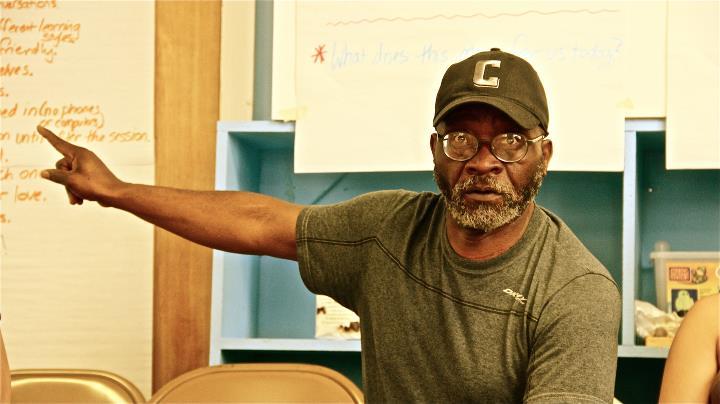 Please join LeftRoots Friday August 15th for our next HangOut with Willie Baptist about the importance of leadership, leadership development and understanding who the ruling class is and what their strategies are. Click here to register.

On May 1, 1990, the National Union of the Homeless (NUH) launched a nationally coordinated campaign taking over federally-owned houses in eight cities across the country. Willie Baptist, our guest on the next LeftRoots HangOut, was one of the organizers of the NUH.

Founded in 1985 by formerly homeless people, the Union was on the move in the late 1980s. At its height, the Homeless Union counted on 25 chapters with as many as 15,000 members. Then, through a combination of drugs, prison-sentencing and co-optation, the ruling class mounted a concerted effort to break the Union. The organization dissolved by 1993.

Willie Baptist is one of the best examples of a movement intellectual. Willie is a formerly homeless father who came out of the Watts Uprisings, the Black Student Movement and has been an organizer with the United Steelworkers as well as the National Union of the Homeless and the Kensington Welfare Rights Union. Today, Willie is the Scholar-in-Residence with the Poverty Initiative.

In preparation for this HangOut, we’ll be reading a short article that Willie wrote and watching a film that documents the 1990 housing takeovers. Register Here. Feel free to forward this to others who might be interested. We hope that you’ll be able to join us, and we look forward to building with you.